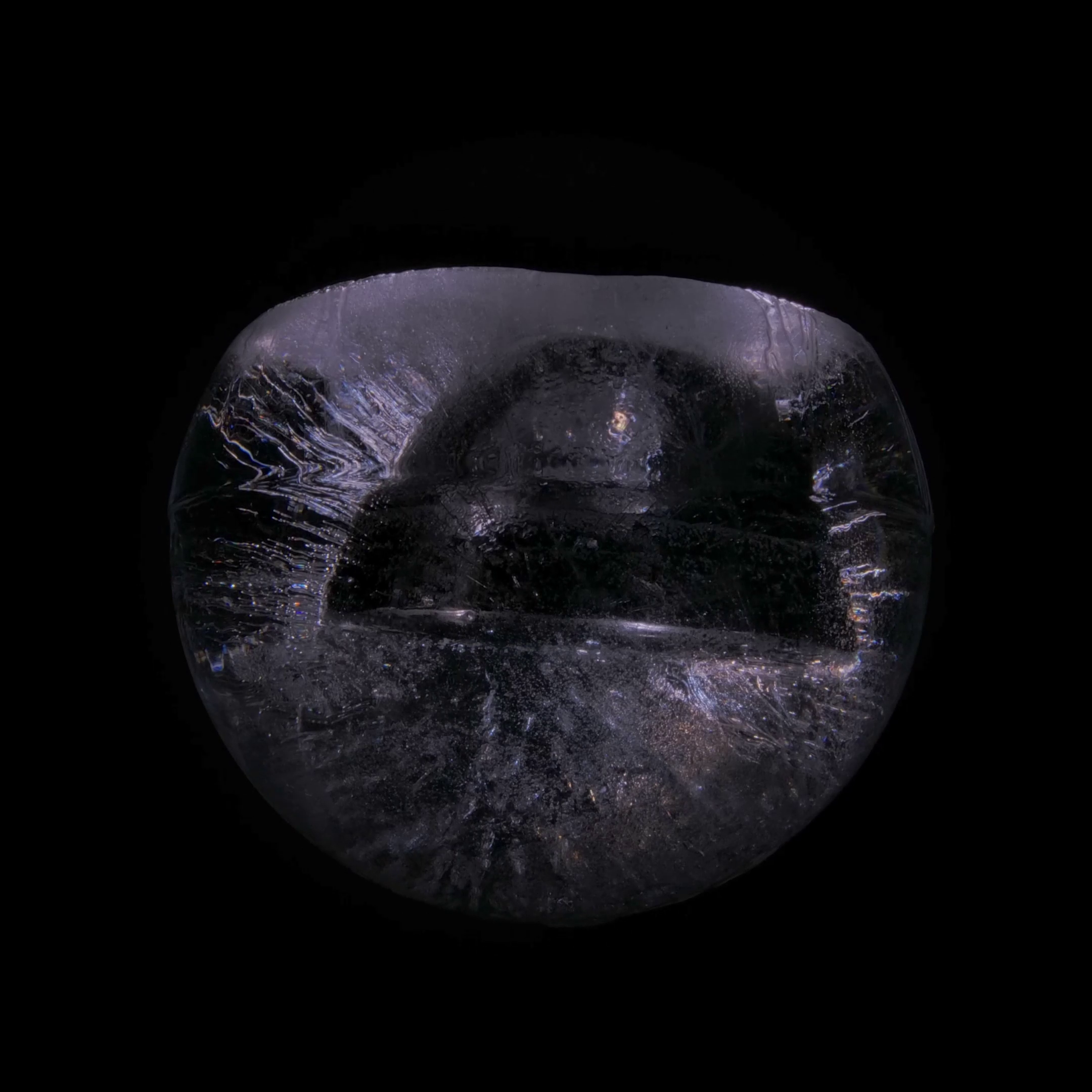 The future will be predicted with algorithms, not prophecy.

How many visual variations will show during the process when a melting ice ball is placed in a black box and exposed to a steady light source? The answer is supposed to be infinite and unknown. However, if there is a machine which can foresee the future and display all the possibilities, only then the answer would become concrete. Moreover, it is exactly one of the purposes of machine learning image processing.

Within a typical machine learning image processing workflow, feature extraction allows the machine to obtain the most relevant information from raw pixel data. Methods will generate feature sets of colour, shape, texture, etc. They benefited the computer scientist to reduce the data’s dimension and the number of random variables under consideration. Neural networks, such as PixelRNN, will also consider the neighbouring pixel colours’ data as the targeted pixel’s subsampled image pixels. It led to an efficient, lower time and a cost-consuming way to predict and generate images’ happening. Nevertheless, in the perspective of a single pixel, an individual that lives in a two-dimensional image, computer scientists did sacrifice the autonomy of a single pixel to decrease the calculation time and cost. Catching inexpensive ways to produce stunning results is the capitalists’ ideology inside those algorithms.

“Stochastic Camera” is an art project series that started in 2018. Version 0.2 re-examines and reflects on the algorithmic logic of machine learning image processing. The project began by recording ice balls melting within 3 hours for 8 days. Then, it captured around 24 hours of melting ice ball footage and transformed them into raw pixel data for further calculations. The melting ice ball symbolizes the future world may no longer need the crystal ball for witchcraft, and it also serves as a refractive object to extend the camera lens glass. Stochastic Camera (version 0.2) utilizes two separate formulas representing overall stability and individuals’ autonomy. The ensemble average inspires those formulas and stochastic processes for predictions. Calculates a total average of data and predicts the momentum of each pixel, leading to two sets of pixel data and moving images.

Formula 1: Ensemble Average It averages the pixel data matrix of 8 ice balls’ footage. With this formula, there are relationships between pixels that affect each of them in order to compose a stable overall image. The final image is similar to overlaying 8 video footage, but there is a significant difference in data handling. This method means erasing all big changes by compressing those data to an average value and bundling every pixel for an overall representation.

Formula 2: Stochastic processes: Individual pixel’s momentumIt identifies the probability of an individual pixel being above or below its average. Unlike other neural networks for image processing, which use the neighbouring pixel data as references to affect the target pixel’s changes. Instead, the adjacent pixel data is not considered at all, and each pixel is given maximum autonomy to evolve. 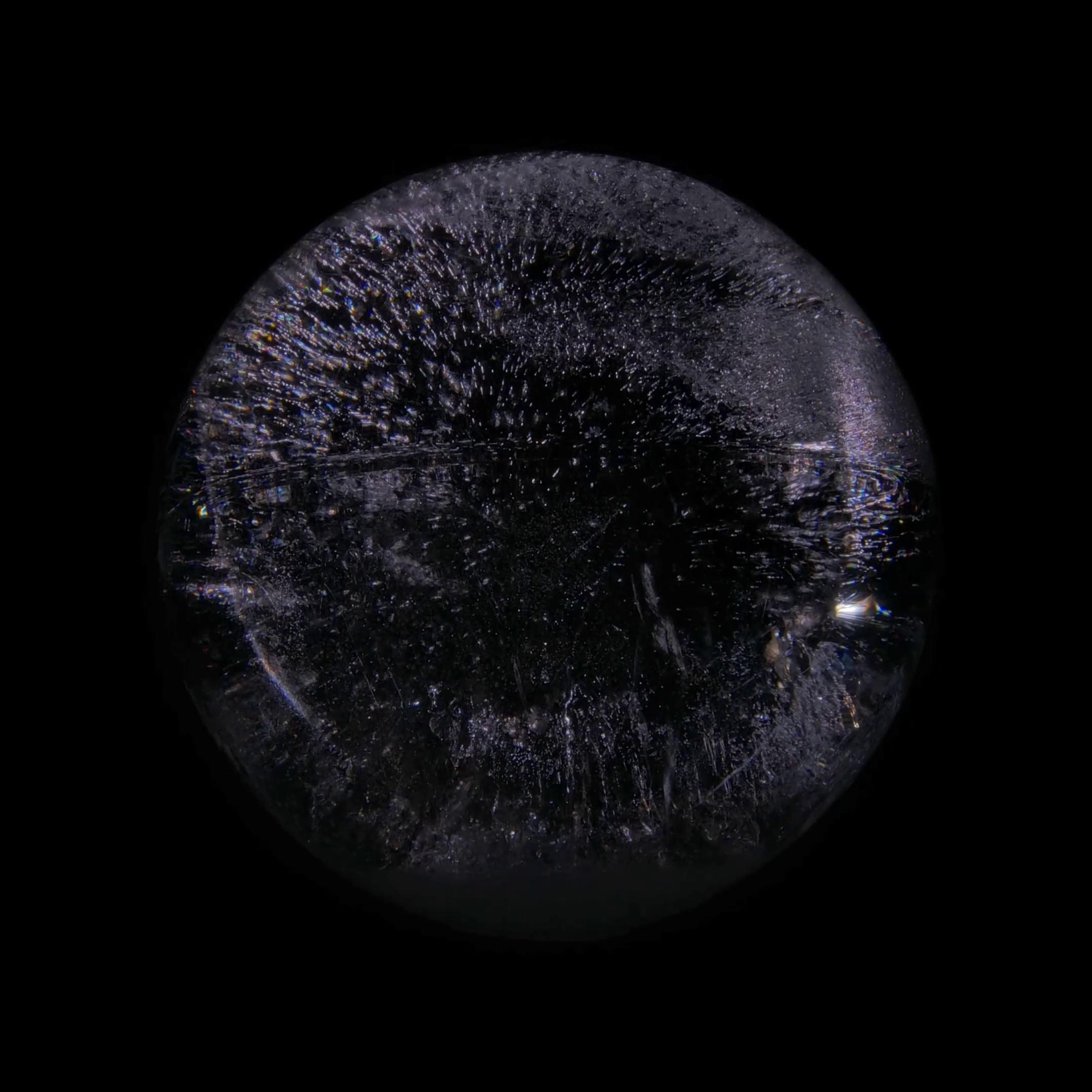 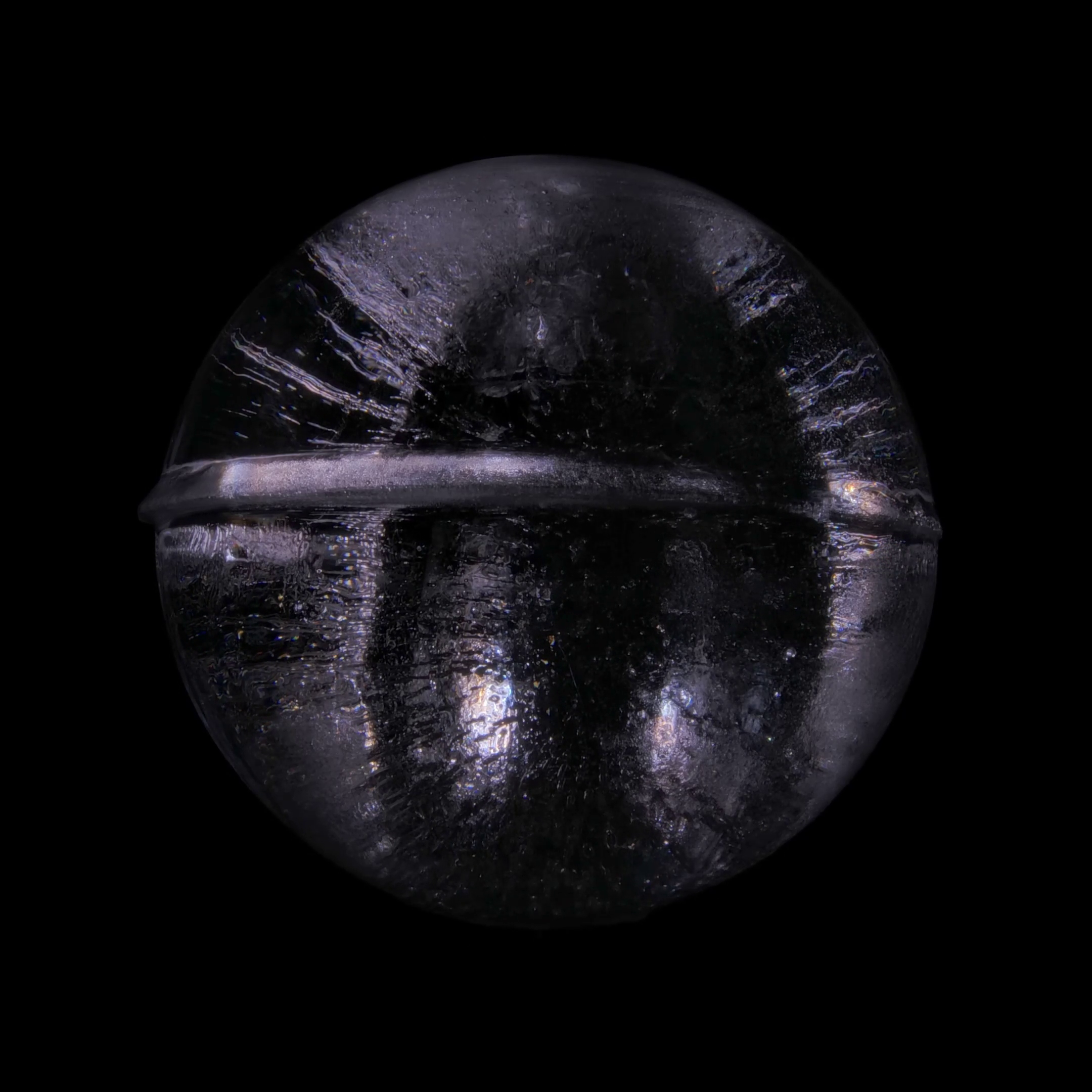 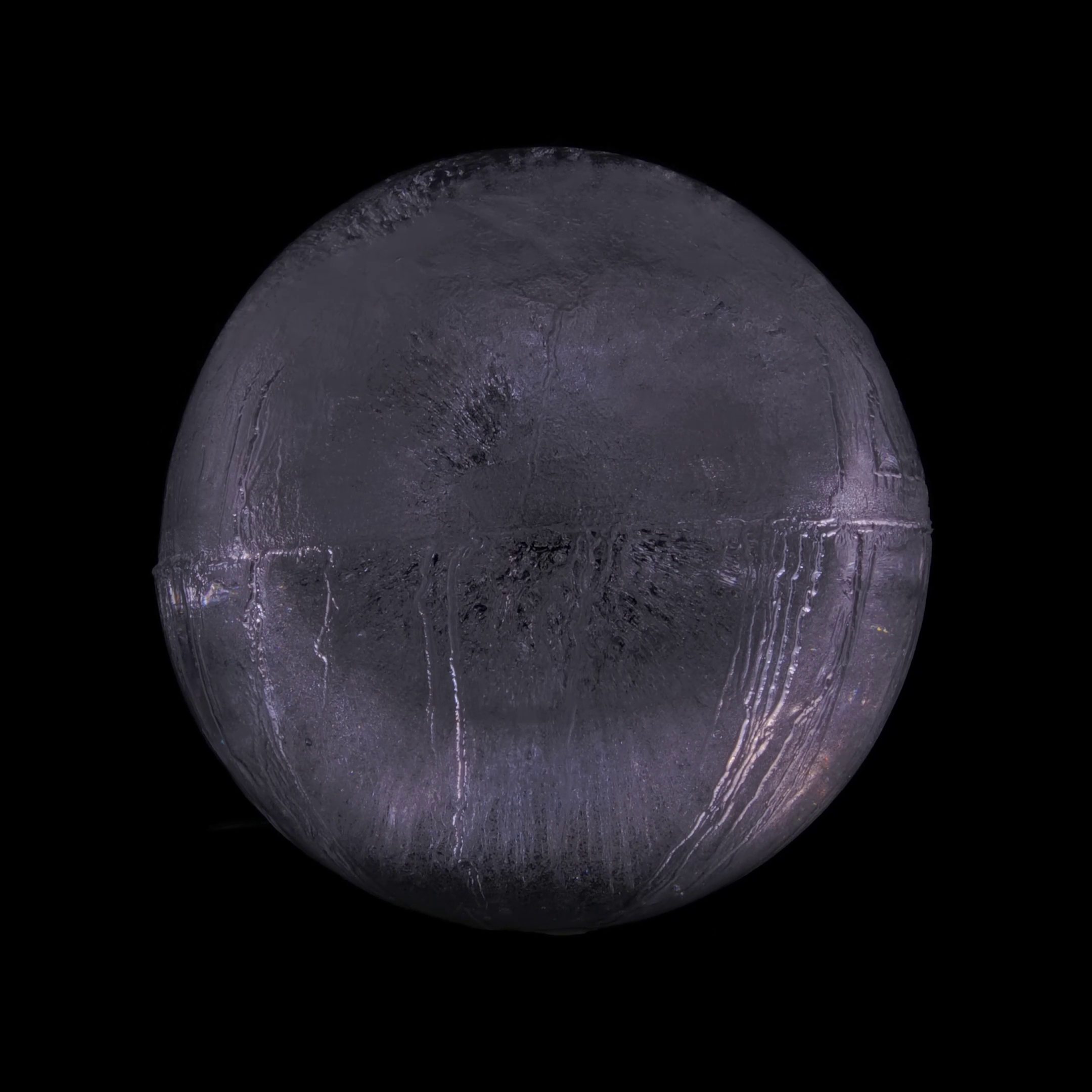 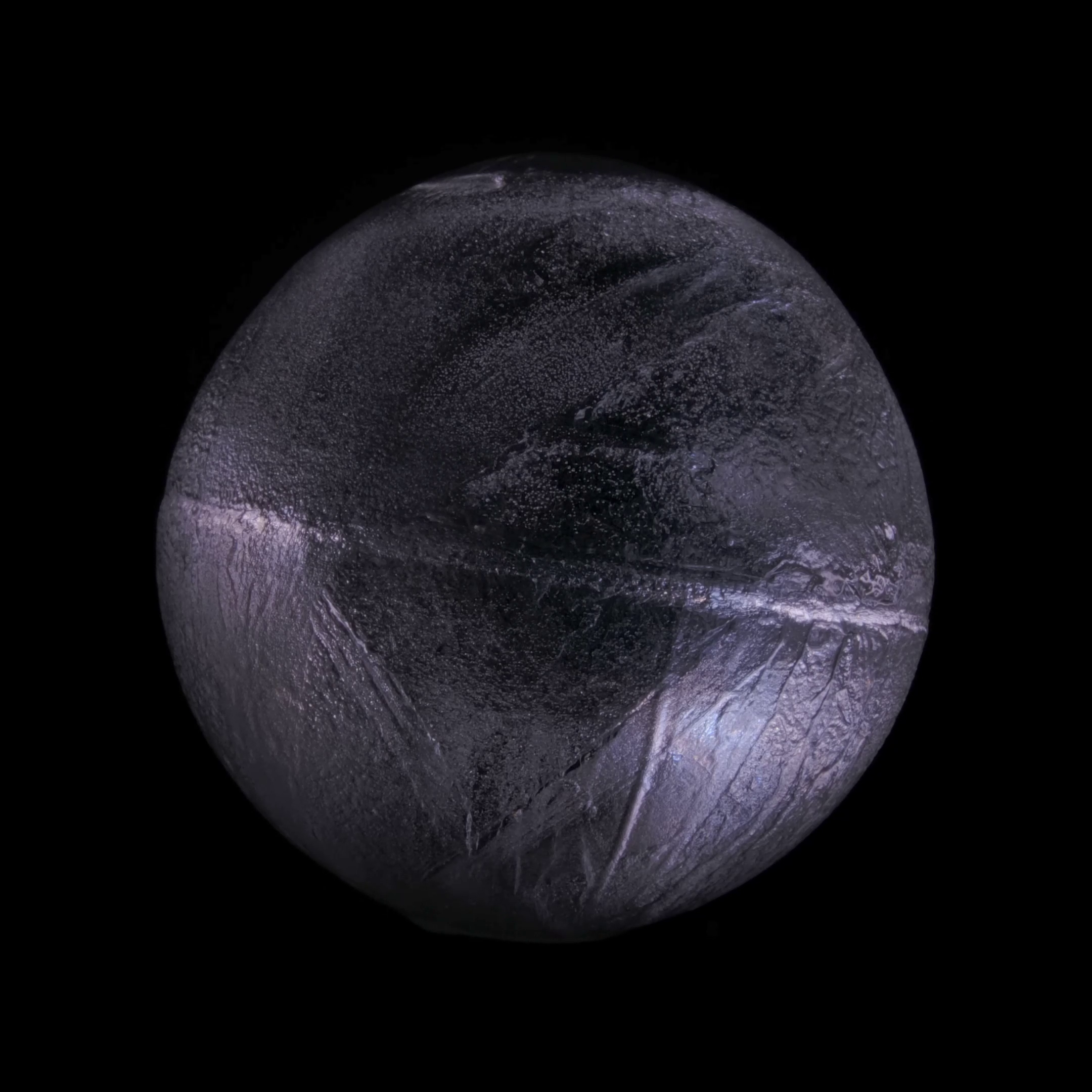 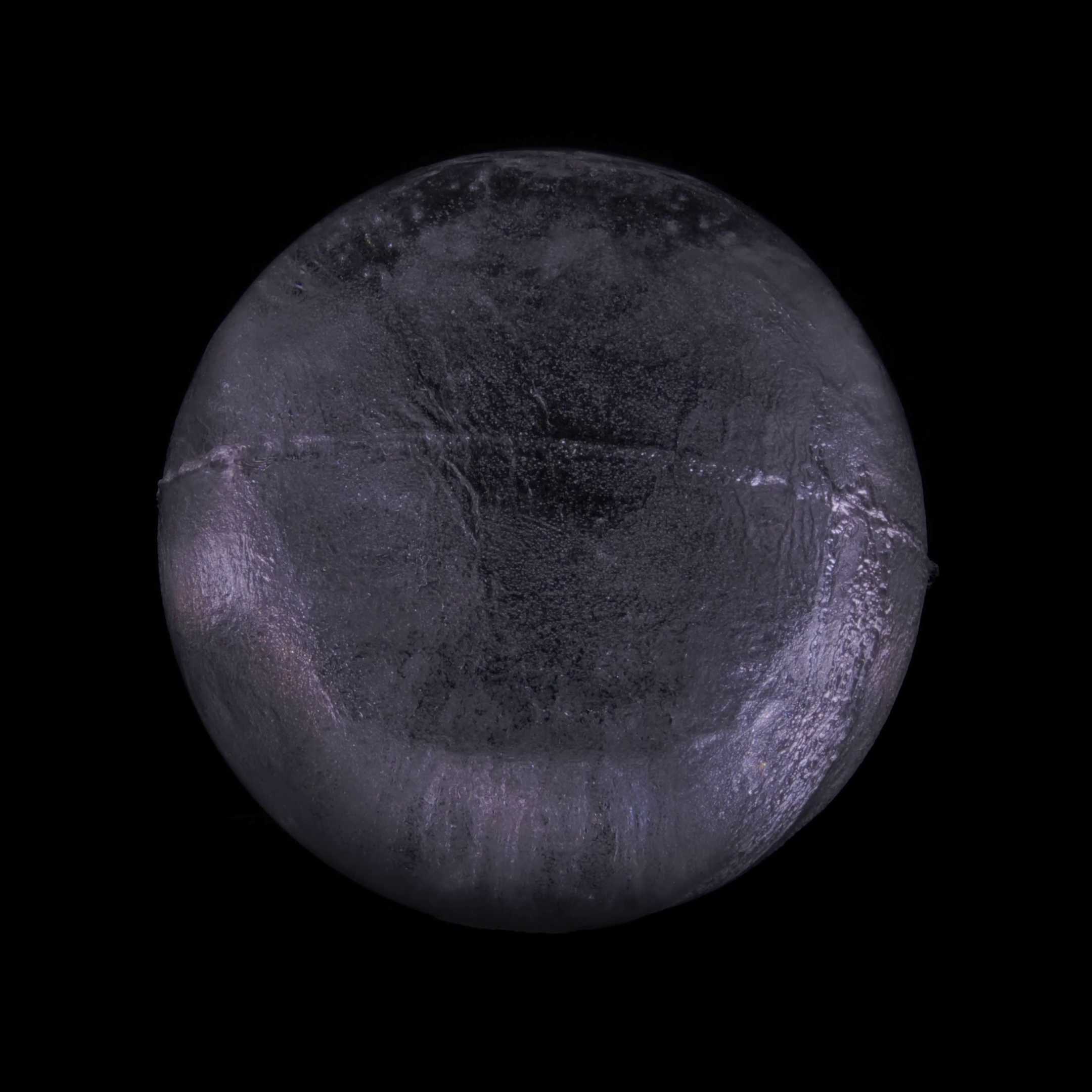 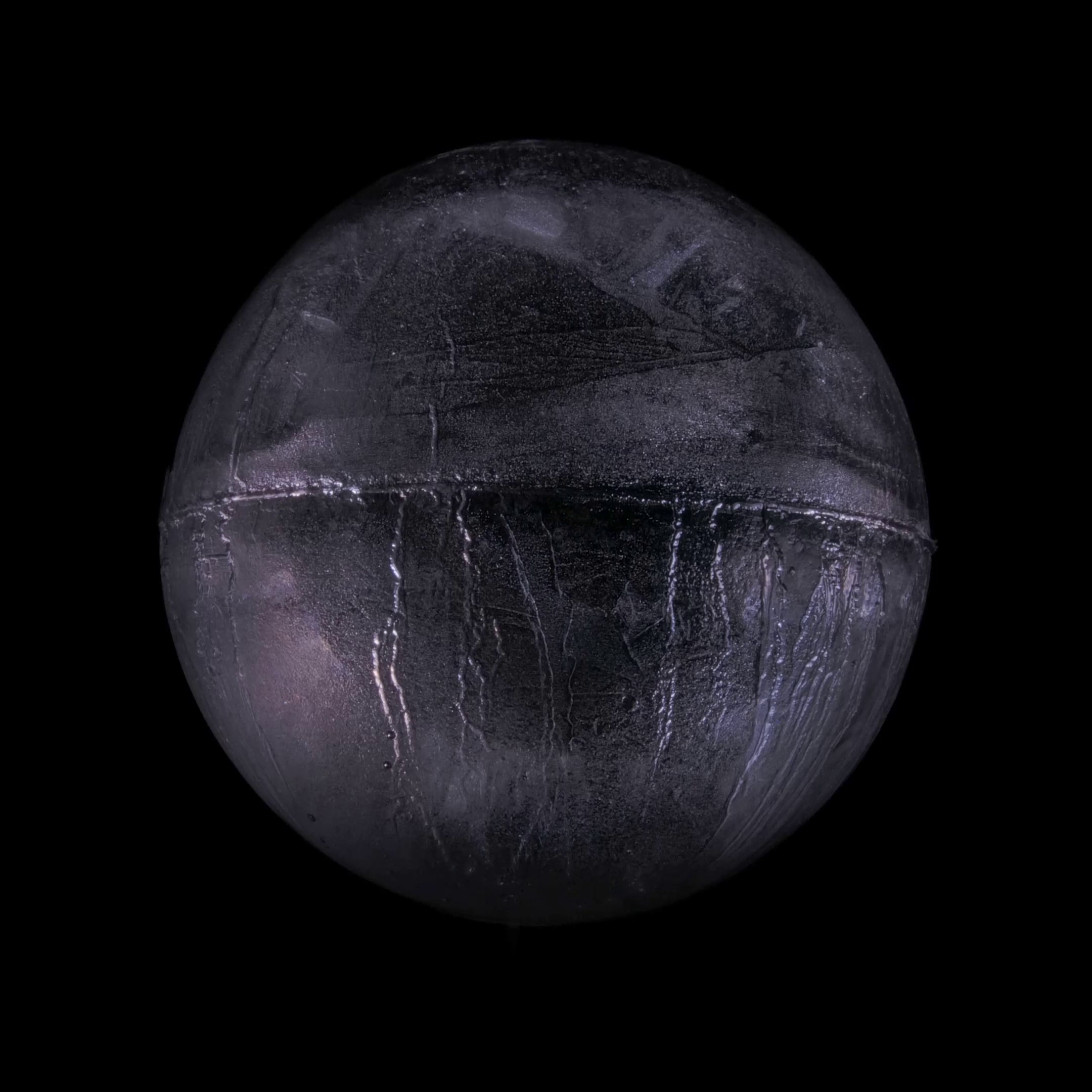 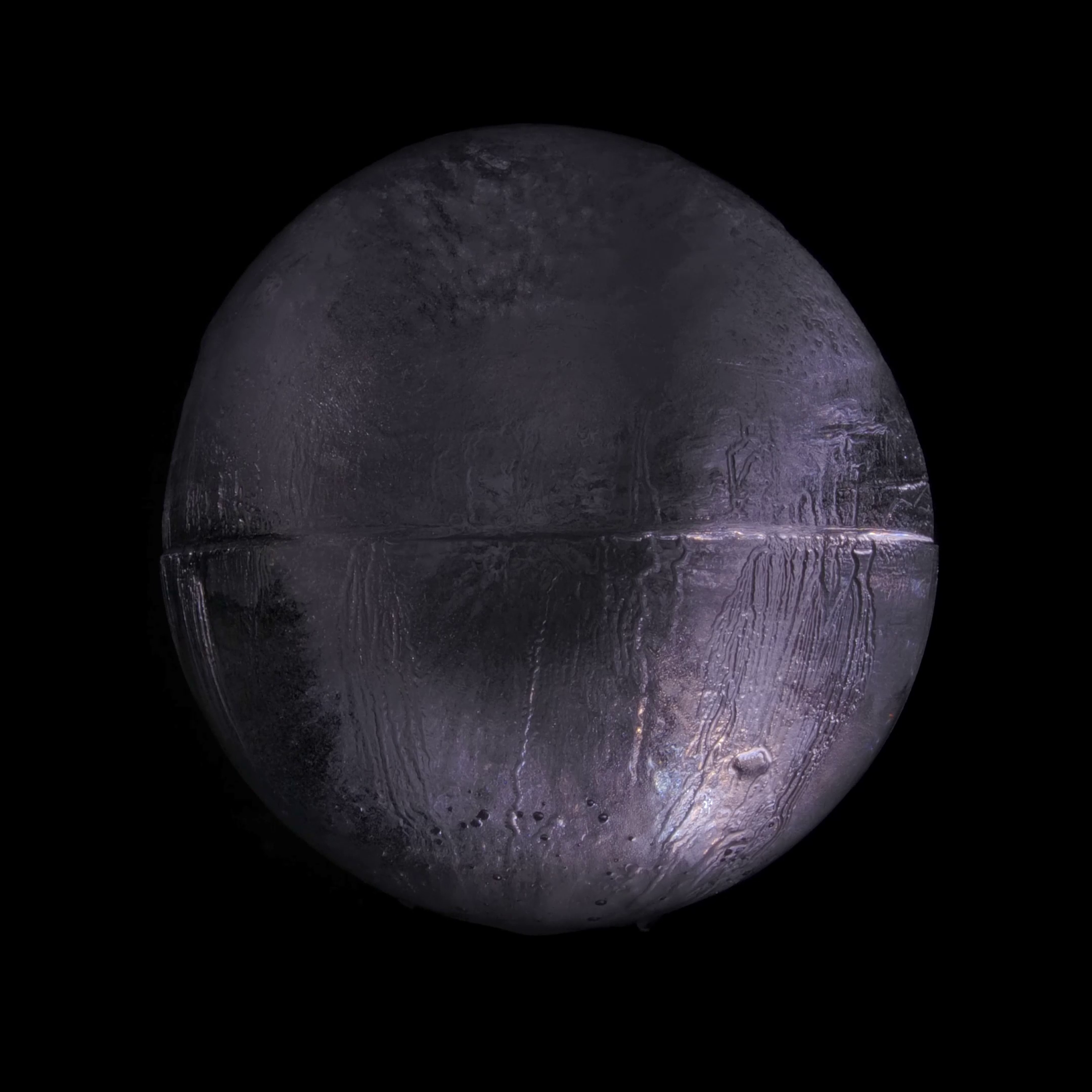